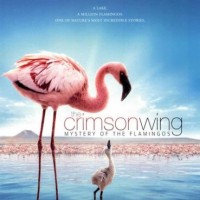 LETTER OF RECOMMENDATION FOR MR. CLIVE JONES AND POWER PROVIDERS

In 2006 we began the production of the DisneyNature flamingo epic, Crimson Wing – Mystery of the Flamingos.  Our base camp, a very remote location near Lake Natron, Tanzania, was 100kms from the nearest paved road or electric light.  The film and editing equipment needed for the production required constant and reliable electricity.  Given the distance and frequent impassability of the dirt track to Natron, as well as our production’s commitment to environmental sustainability, we did not want to rely on a fuel-burning generator.  We turned to Mr. Jones to design and install our solar system.

Mr. Jones and his staff provided us with a top-of-the-line system that functioned perfectly.  During production, we ran two Mac computers, a fridge, and all the battery-chargers for our cameras, as well as lights, radios, and satellite phones.  Mr. Jones was always available for consultation by phone and email. The system ran without a single problem until we dismantled it in 2009 and were able to recoup capital costs with significant resale of the components.

We highly recommend Mr. Jones and Power Providers for the quality of their product, their excellence of system design, and their timely installation and responsiveness.  Should we ever undertake filming again in Tanzania, we would immediately contact Power Providers for our solar needs.

Please feel free to contact us through Power Providers if you would like further details of our experience.

Sign up here for our Quarterly Newsletter with updates on the Tanzanian solar market and updates from Power Providers.